On October 13th, 2020, Apple launched the iPhone 12 series comprising iPhone 12 Mini, iPhone 12, iPhone Pro, and iPhone 12 Pro Max versions. This iPhone version brings us some of the “industry’s first” and “first in an iPhone” features we have come to expect with Apple. In this report, we'll explore these features in our teardown of the iPhone 12 Pro (Model 2341, 128 GB, Pacific Blue color). 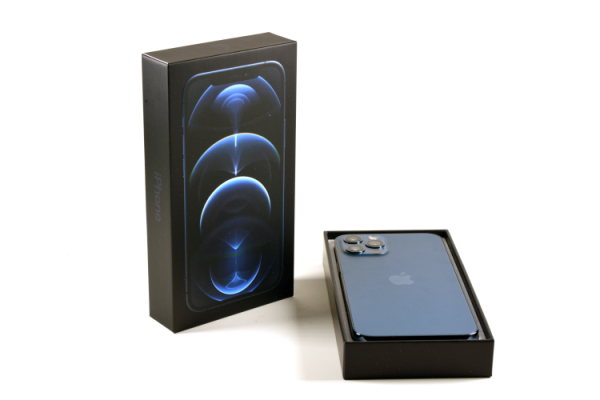 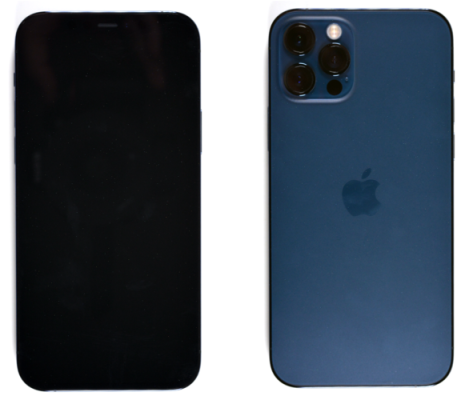 Like every iPhone (since iPhone 5) the teardown of the device is initiated by removing the display screen. The adhesive underneath the screen of iPhone 12 Pro was softened upon heating. The screen is separated from rest of the body using a slack to reveal the logic boards and battery. 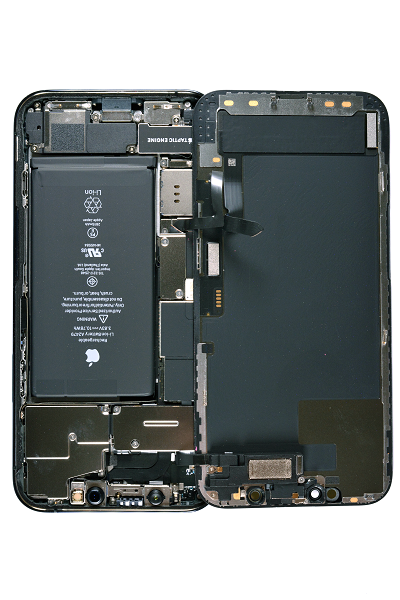 Figure 5: Removal of the screen of the iPhone 12 Pro 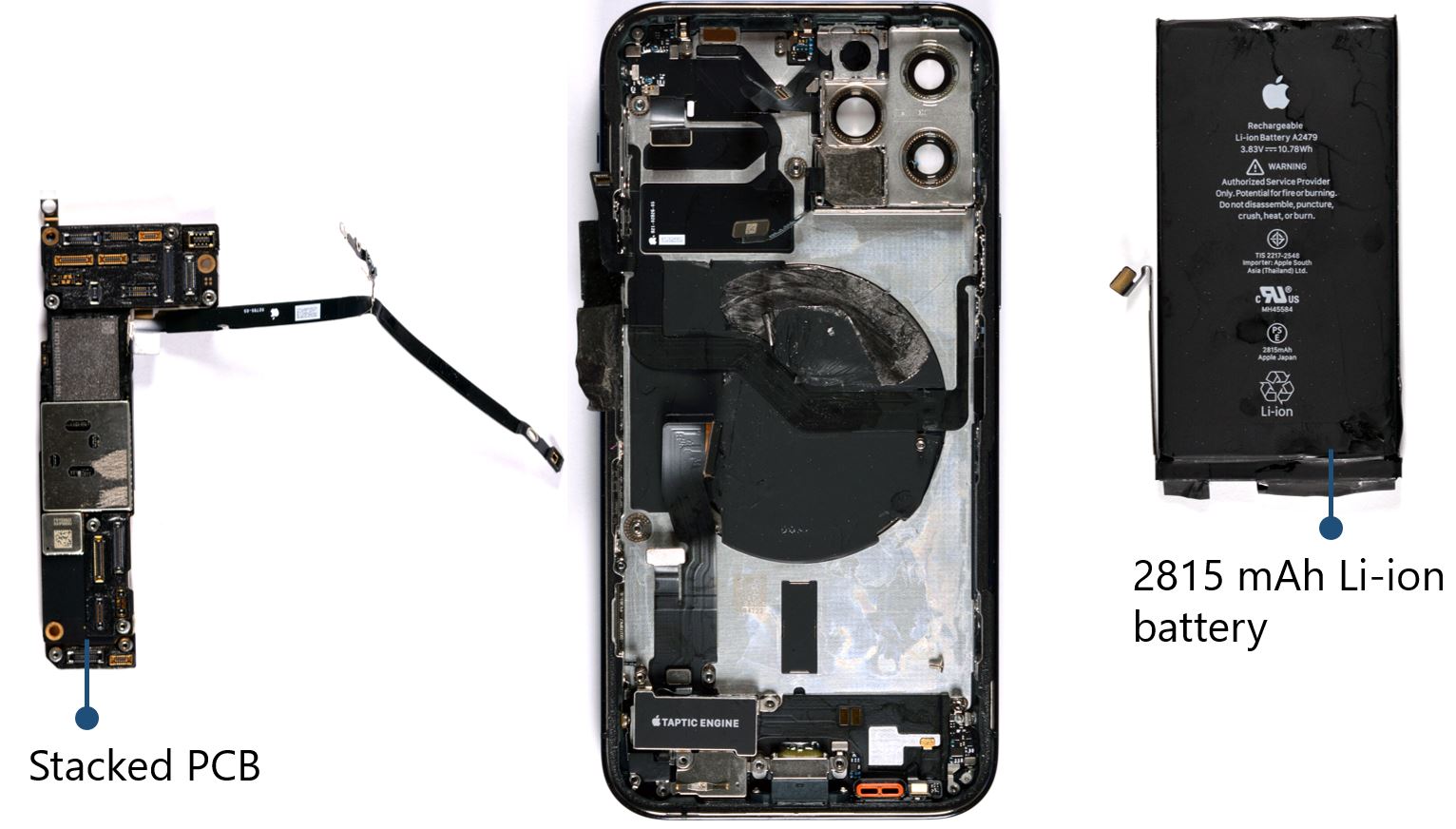 Figure 6: Removal of stacked logic boards, battery and other components of the iPhone 12 Pro

The iPhone 12 Pro is powered by Apple’s A14 Bionic chip which is a 5nm, 64-bit six-core CPU implementing ARMv8 ISA with two high performance cores called Firestorm and four energy-efficient cores called Icestorm. Apple is first in the industry to manufacture it with the 5nm process technology. It means lower power consumption for given amount of work. The A14 Bionic chip consists of 11.8B transistors which is about 40 percent more than the 8.5B transistors in the A13 Bionic chip. The A14 Bionic IC is a package-on-package (PoP) structure which comprises of the application processor IC package and a 6GB RAM package. Here, the 6GB RAM is an upgrade from the last generation iPhones which had 4GB DRAM capacity. 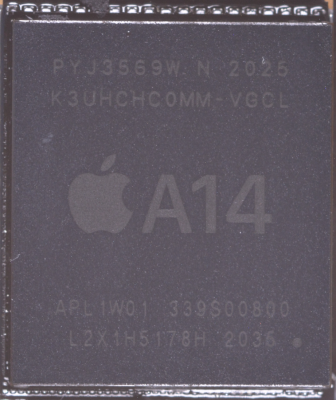 The iPhone 12 Pro features a triple back camera arrangement along with a LiDAR sensor. The iPhone 12 Pro back camera module includes ultra wide, wide, and telephoto cameras. The ultra wide camera is a f/2.4 aperture which provides a 120 degree field of view, the wide camera has a f/1.6 aperture, and the telephoto camera has a f/2.0 aperture. The system results in a total of 4x optical zoom range i.e. 2x optical zoom in and 2x optical zoom out. The iPhone 12 Pro brings night mode to all three cameras, whereas this feature was only present on the wide camera lens of the iPhone 11 Pro. The wide camera lens of this phone has f/1.6 aperture which is an improvement from iPhone 11 Pro which had f/1.8 aperture. This allows for 27 percent more light to enter thereby enhancing the quality of the image and providing a significant improvement in photos taken in low light. iPhone 12 line up is the industry’s first smartphone which is able to record, playback and edit 10-bit HDR footage with Dolby Vision. It will be interesting to see the comparison between the image sensors of this module with last generation iPhone once we open up the camera module.

The front camera setup of iPhone 12 Pro is similar to that of its predecessor which includes a 12-megapixel camera, an infrared camera, flood illuminator and a dot projector. The infrared camera, flood illuminator and the dot projector, also known as the TrueDepth Camera System, work together in order to enable Face ID on the iPhone. The selfie camera now supports Smart HDR 3, Deep Fusion, Night Mode and night mode portrait shots.

The iPhone 12 Pro features a new LiDAR sensor for enhanced augmented reality experiences and also improves camera performances drastically. Apple promises improved low light focus, up to six times faster in low light conditions. Apple has introduced night mode portrait photos on iPhone 12 Pro through the presence of LiDAR sensor which enables advanced depth mapping technology. The LiDAR sensor is present at the back of the iPhone 12 Pro near the camera lenses, about the same size as the flash. The read LiDAR sensors work up to a range of 5 meters.

On October 13, 2020 Apple made it official that the iPhone 12 line up is the first Apple product to feature a 5G capability. All four of its new iPhone 12 models come with next generation 5G cellular connectivity. Apple claims the iPhone 12 line up supports most 5G bands compared to any other smartphone (see Table 1). In USA, the iPhone 12 line up supports the super-fast 5G mmWave which gives 4.0 Gbps download speed in ideal conditions, and up to 1Gbps download speed in typical conditions. The iPhone can dynamically switch between the Radio Access Technologies (RAT) based on the user requirements and the available Radio Access Technology.

The 5G capability of the iPhone 12 line up is powered mainly by Qualcomm. The teardown of iPhone 12 Pro reveals that Apple is using a Qualcomm Snapdragon X55 modem along with PMX55 PMIC which are very likely to be shared among the line up. The teardown further reveals a Qualcomm SDR865 RF transceiver for 5G NR (sub 6 GHz, FR1), LTE and legacy RATs.  In comparison, last year’s iPhone 11 Pro’s cellular system (LTE) runs on Intel’s technology and has an Intel PMB5765 RF transceiver along with an Intel PMB9960 modem.

The teardown reveals the presence of a Qualcomm SMR526 5G mmWave IF (intermediate frequency) module. The SMR526 was also identified in the Samsung S20 Ultra 5G smartphones launched earlier this year. The SMR526 IC is part of the 5G mmWave system (5G NR - FR2) and provides the intermediate frequency for the two 5G mmWave antenna modules identified at the back of the PCB stack and at the side of the phone. The 5G mmWave system is likely to be similar to the other smartphones such as Samsung Galaxy S20 Ultra, where the mmWave RF transceiver is implemented in the antenna module i.e. Qualcomm QTM525 antenna module implemented in the S20 Ultra. It will be interesting to analyze the antenna module implementation in this phone which appears to be a USI module instead of the Qualcomm module.

The iPhone 12 Pro’s bezels are made of stainless steel which is a stronger material than aluminum. The edges are square whereas previously the bezels had curved edges. The sim card tray has moved to the left side of the iPhone 12 series (as opposed to right side in the older models) to make room for mmWave Antenna cut outs below the power button on the right side of the mobile device. The other mmWave antenna is present on the stacked PCB structure and it radiates from the back of the smartphone. 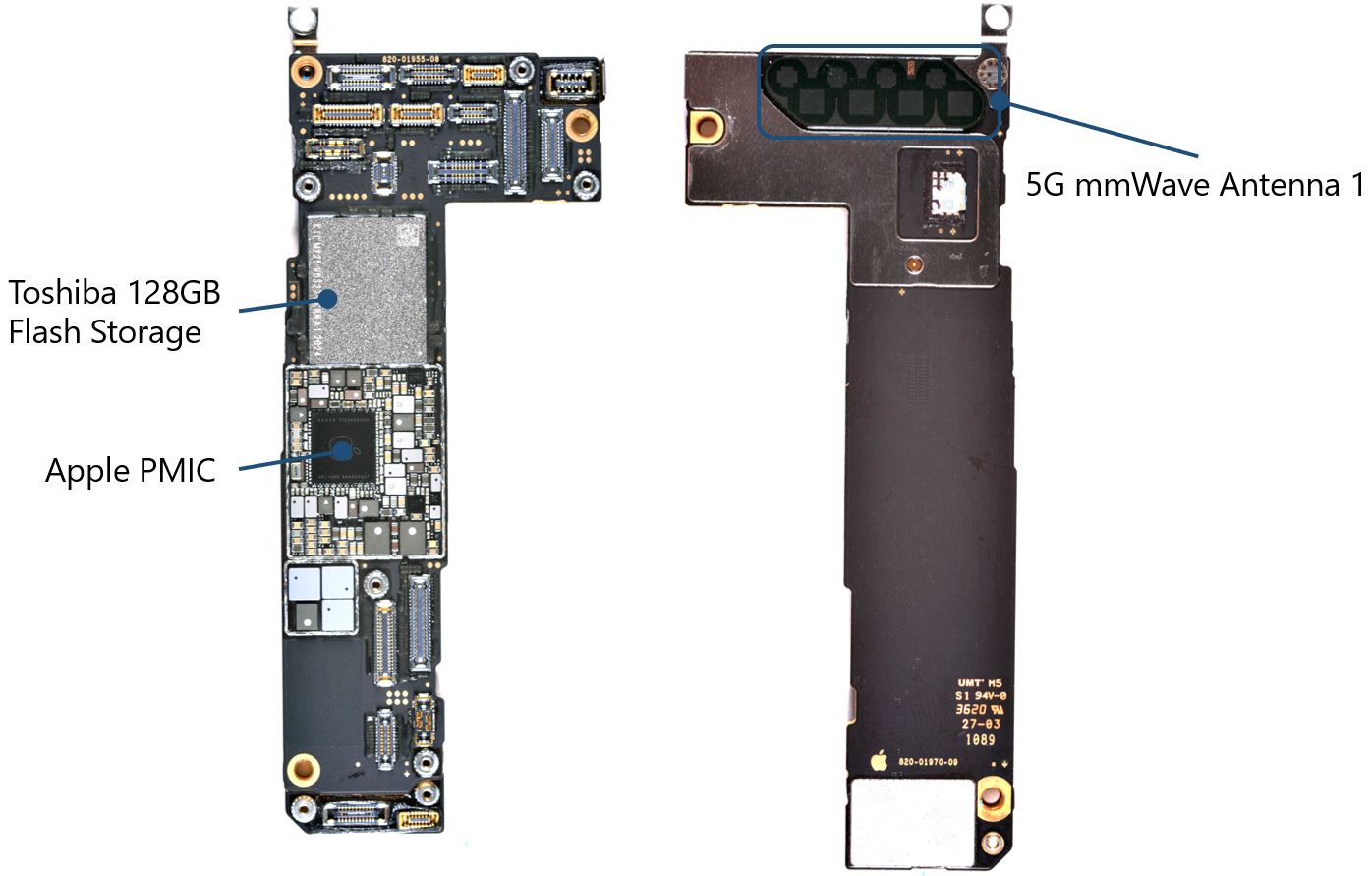 Figure 11: Front and back of the stacked PCB of the iPhone 12 Pro 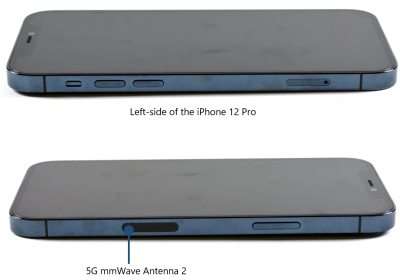 Among the RF Front End Modules (FEM) for 5G NR (sub 6 GHz, FR1), LTE and legacy RATs, the iPhone 12 includes FEMs from Avago (Broadcom), Skyworks, Qorvo, Murata etc. We identified Avago (Broadcom) AFEM-8200 front end module which is likely to be an upgrade from the Avago AFEM-8100 present in the iPhone 11 Pro. Further, Skyworks SKY58240, Skyworks SKY58242, Skyworks SKY58245 are likely to be power amplifier modules (PAM). The Qualcomm’s QET5100 envelope tracking modules were also identified on the PCB. We will know more about various other FEMs implemented in iPhone 12 during our detailed teardown analysis. 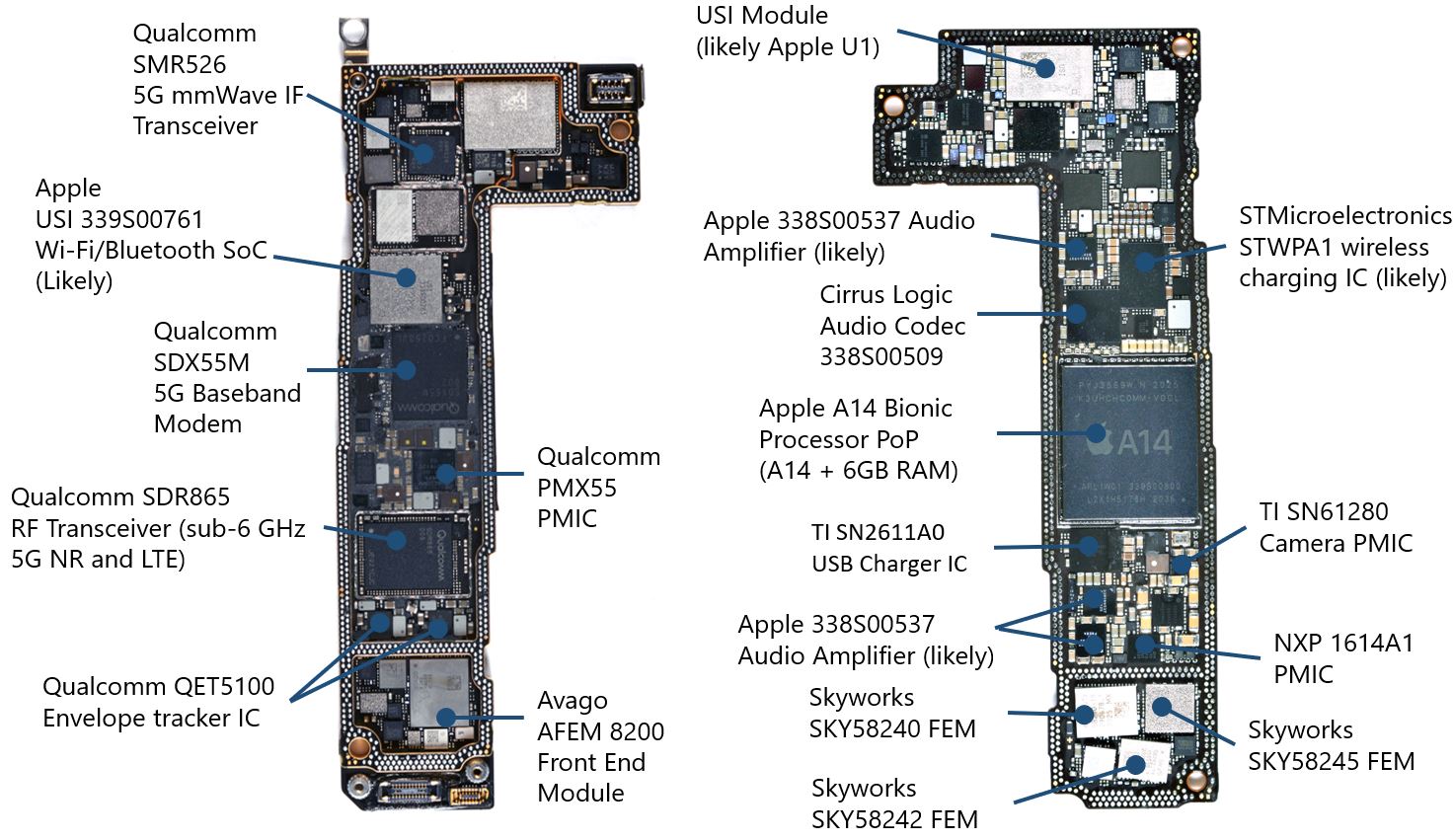 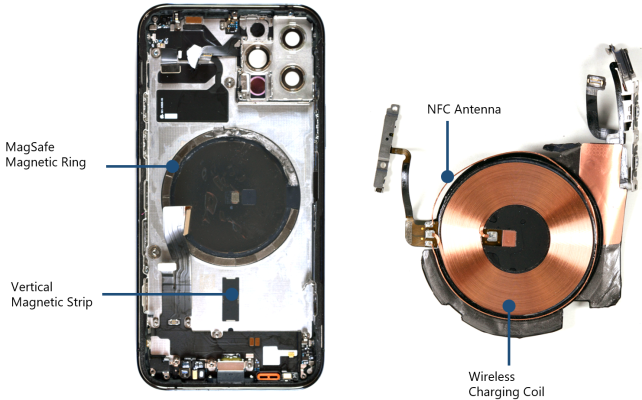 The iPhone 12 Pro features a slightly lower capacity battery (3.83V, 10.78 Wh, 2815 mAh) which is also present in the iPhone 12 whereas the predecessor models, i.e. iPhone 11 Pro and iPhone 11 are equipped with 3,046 mAh and 3,110 mAh batteries respectively. Apple claims that the more efficient A14 bionic chip in the iPhone 12 line up helps to offset the lower battery capacities. Apple’s technical specifications mention that the iPhone 12 Pro has a video playback of up to 17 hours as compared to 18 hours of video playback in iPhone 11 Pro. Nearly all other ratings remain the same. It would be interesting to put the iPhone 12's batteries to a real life tests. 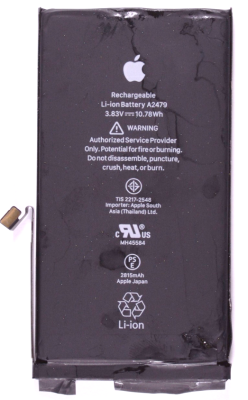 The iPhone 12 Pro is equipped with 6.1″ OLED Super Retina XDR display which is slightly larger than the display in iPhone 11 Pro. The display supports brightness up to 1200 nits and comprises more pixels compared to the iPhone 11 Pro. 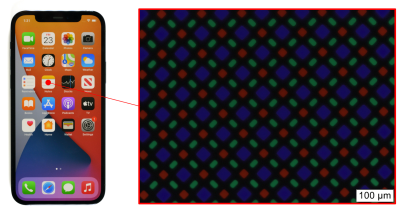 Figure 16: Pixel layout of the OLED screen of the iPhone 12 Pro

An additional new feature of the iPhone 12 line up is what Apple calls “Ceramic Shield” which is a cover glass with nano-ceramic crystals infused into the front glass of the iPhone to improve its durability. According to Apple, Ceramic Shield offers four times better drop protection compared to its predecessors, making it the toughest iPhone in the world.